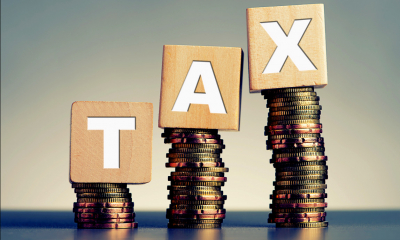 When you are creating content online, promoting brands, monetising blogs, videos, and other forms of content there are tax implications for you to consider.

WHAT IS AN ONLINE INFLUENCER?

Over the last decade or so, bloggers, vloggers and online influencers have created a new industry. And, it’s a lucrative one at that. For many, what may have started out as a hobby in their downtime – uploading videos, photos, or blogs to social media – has fast become a full-time occupation. So much so that, for this generation of kids, becoming a ‘YouTuber’ is as desirable a dream job as a footballer or a pop star might have been for millennials. But, what exactly is an influencer?

Broadly speaking, influencers are those who use their online presence – through articles, videos and/or social media posts – to ‘influence’ their followers’ opinions, actions, and consumer choices. A ‘YouTuber’ uploads videos to YouTube with the aim of attracting and entertaining viewers and growing a community. Oftentimes, those with large amounts of views and subscribers are then able to monetise this, either through ads on their videos or brand collaborations.

HOW MUCH MONEY DO SOCIAL MEDIA INFLUENCERS MAKE?

Every year, tens of thousands of people in the UK earn revenue from their content and influence online. Collaborations between brands and social media influencers aim to strike a balance between organic and ‘paid-for’ content. They serve to entertain, increase awareness of their products/services and, ultimately, generate sales and revenue.

Reality TV star Kylie Jenner earns an estimated $1m per sponsored post. The likes of David Beckham, Dwayne Johnson, and Kylie’s sister, Kim, also command hundreds of thousands of pounds each time they promote a product via Instagram or other social media platforms.

But it’s not only A-List celebrities that are profiting. The online influencer marketing is thriving. More and more bloggers, vloggers, YouTubers, and social media creators are turning their part-time pastime into a full-time, monetised profession. Payments of ‘around £750’ are typical for posts made by Instagram accounts with over 30,000 followers. Even ‘micro-influencers’ get paid with free products (more on that later). But, where there’s money to be earned, there are taxes to be paid.

CALLING ALL BLOGGERS, VLOGGERS & CREATORS: DECLARE YOUR #INFLUENCE TO HMRC

As the ‘social media influencer industry’ continues to develop, so too does the tax man’s interest in it. This means it’s essential for creators and influencers to declare any income generated, or pay the price for their oversight. In short, if you and your online content look like a business and act like a business, you’ll need to register with HMRC.

As all online influencers should know, there are three certainties in life; death, taxes, and gamers willing to sit in bedrooms watching other gamers sitting in bedrooms playing games they could instead be playing themselves!

INFLUENCER TAX: HOW MUCH TAX DO I NEED TO PAY AS AN ONLINE INFLUENCER?

Both full-time and part-time influencers need to register as self-employed with HMRC. So, even if you have another job, perhaps one where you’re enrolled on PAYE, you must still pay tax on the income you’ve earned online. The amount of income tax you pay as a blogger or influencer depends on how much of your income is above the tax-free Personal Allowance of £12,500 (as per 2020/21 tax year). You can see a full list of tax codes, here. Or, click here to find out what your tax code means.

As a self-employed, online influencer, you can also claim certain expenses for your daily work. This helps to reduce your taxable income, leaving you with a lower annual tax bill. You may be able to claim expenses against things like:

You may also qualify for certain types of income tax relief, depending on your circumstances.

In spite of recent regulatory changes, a lack of advertorial transparency can make it tricky to distinguish between paid partnerships and organic content. In fact, much has been made in recent years of the income recorded by influencers, with concerns that “social media stars may not be declaring when they’ve been paid, or rewarded, to endorse goods or services”. Whilst it’s fairly straightforward to tax sponsored or paid-for content (whereby there’s a fee agreed between parties), the waters are slightly murkier when it comes to ‘payments-in-kind’. This is where products or experiences have been given to a creator in return for contracted deliverables. This can be anything from a food blender or a pair of shoes to a holiday or a brand new car. If it’s a gift in exchange for endorsement, it’s considered a payment-in-kind.

You’re legally obliged to declare the financial value of any items you receive as a payment-in-kind, in your annual tax return. To verify the cost of the item or service, you should refer to your agreement from which it was provided. Be aware of this before you sign, and make sure you obtain a hard copy of the agreement. You never know when might need it in the future.

A word of caution too to those brands who are reluctant to pay influencers a cash sum for their services. If you ‘gift’ an influencer or YouTuber a car or a holiday in return for particular deliverables, as above, HMRC requires they be declared as income earned. The issue, of course, is that they may not have the physical funds to service the tax they owe. Ipso facto, this tactic might not prove quite as productive in years to come. 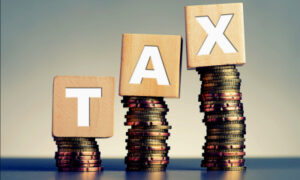 BE THE FIRST TO KNOW

Subscribe to get posts straight in your inbox. Each week you will receive investing and financial hacks to help you stay on the path towards financial freedom along with digital marketing tips for online business owners.

All written content on this site is for information purposes only. Opinions expressed herein are solely those of , unless otherwise specifically cited. Material presented is believed to be from reliable sources and no representations are made by our firm as to another parties’ informational accuracy or completeness. All information or ideas provided should be discussed in detail with an advisor, accountant or legal counsel prior to implementation.